Parramatta is located in Sydney's Western Suburbs – it's about a 40 minute drive from the CBD. Mention ‘Parramatta' to anyone in the inner city and you're likely to encounter ridicule, but don't take it to heart – there's a lot to love about this vibrant suburb.

The People of Parramatta

Sydney as a whole is very multicultural, but Parramatta especially so. If you take a stroll down Parramatta's Church Street, you'll encounter people from India, China, Korea, The Philippines and New Zealand – among other places. It's also a fairly young suburb, with a median age of 30.

Parramatta is predominantly home to families, students, young professionals and tradespeople. During the week, it is a bustling hub of office workers, but it's a little quieter on the weekends.

One of Parramatta's quirks is that it tends to attract young men in sports cars – the thump of subwoofers is a sound you'll quickly become familiar with. And while it is, for the most part, a perfectly safe place to live, we don't recommended that you visit the train station late at night on your own.

Housing Options and Prices in Parramatta

You main accommodation options will be apartments – ranging from small studios through to larger two and three bedroom apartments.

If you don't mind walking a short distance (around 10-20 minutes) from the train station, there are also houses for rent in Parramatta, usually with around two or three bedrooms. This way you'll get to live the ‘Australian Dream' with your very own yard.

Parramatta Train Station is a major stop on the Western Line, providing express services to the city that'll get you to Central in around 30 minutes.

The train station also connects with a bus interchange, providing services to the North Western suburbs of Sydney, as well as to the city.

If you own a car, get ready to endure some traffic. The major road that connects Parramatta with Sydney City is the M4 Western Motorway, which can become heavily congested during peak hour and also on the weekends.

Alternatively, you could catch a ‘RiverCat' ferry from Parramatta to Circular Quay; a scenic journey that takes around 90 minutes.

Things to Do in Parramatta

Church Street
Church Street is where the locals come to eat, drink and be merry – with plenty of great bars, cafes and restaurants to choose from.

Riverside Theatre
As the name suggests, the Riverside Theatre is situated right next to Parramatta River – on Church Street. There are always plenty of plays, musicals, dance and music performances happening here, and it's close to a number of great dining options.

Parramatta Park
Rich with history, Parramatta Park is a sprawling natural haven that's perfect for riding your bike or enjoying a picnic beside the river. 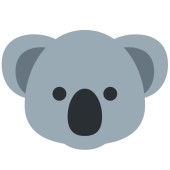 Five Bondi Cafes That Everyone New to the Suburb Must Try